Can Fad Diets Be A Healthy Way to Lose Weight Long-Term?

With the new year comes resolutions of weight loss and healthy living. But if you're hoping to drop the pounds with a fad diet, you may be doing more damage than good to your body.

Though medically managed diets can offer health benefits, most fad diets promote unhealthy eating habits and often create a yo-yo effect on the body once the diet ends. Further, some can actually create or exacerbate harmful health conditions.

Fad diets are trendy weight-loss plans that promise quick, substantial results, often due to some form of restricted eating. While dieting in itself can be beneficial, especially when done under the supervision of a medical professional, they still beg the question—are they actually a healthy way to lose weight?

According to a study by the International Food Information Council, 43% of Americans followed a specific diet in 2020, showing a 38% increase from 2019. And, as January approaches, many more will make New Year’s resolutions to lose weight or kickstart their health goals by participating in some type of diet.

We took a look at common diet trends in the U.S. to see if they’re healthy ways to lose weight long-term, what may make them risky, and if they can cause new health problems or exacerbate existing ones.

First, the main question: Do fad diets actually work? Yes and no.

In the short-term, most fad diets can offer rapid weight loss, but the long-term effects can quickly begin to outweigh the benefits of such methods and prove detrimental to those struggling with disordered eating.

Generally, any diet that promises to help you shed pounds quickly won’t offer long-term health benefits. Part of this is because fad diets don’t teach individuals how to change their current eating habits, so many can fall back into unhealthy lifestyles following the completion of their plan.

Further, most are nearly impossible to maintain and ultimately deprive you of the essential nutrients that come from balanced eating. Additionally, fad diets may cause the following symptoms:

However, as a part of a registered dietician plan or a medically supervised program, some of these fad diets can produce beneficial results. Designed to offer treatment to overweight or obese patients, medically managed weight loss programs are those which can lower harmful health risks and offer long-lasting results.

Before starting any new diet, check with a healthcare professional to ensure you take all safety precautions. We break down four popular diets—intermittent fasting, the ketogenic diet, Whole30, and juice cleanses—so you know what to expect if you try one.

Due to its extremely restrictive nature, this dieting approach can be dangerous for:

How Can Intermittent Fasting Be Risky?

There is not enough scientific evidence on the long-term effects of IF, but research shows that it can have negative side effects for certain populations. Some of the harmful side effects include:

Studies show that intermittent fasting also has a high association with bulimia nervosa and binge eating and showed an increased risk for the onset of both. Because it can take time for bodies to adjust to IF, it can cause some to overeat at the end of a fasting period and may lead to or exacerbate a binge-eating disorder.

Intermittent fasting can also decrease the amount of REM sleep a person has which can lead to decreased memory, mood and learning capacities. Fatigue and dehydration are common amongst IF dieters due to a lack of nutrients as the body excretes large amounts of water and salt through the urine. Further, if not done properly, intermittent fasting can increase the risk of malnutrition, especially when done for longer fasting periods.

The ketogenic diet, commonly referred to as “keto,” was introduced in the 1920s to treat epilepsy due to its ability to reduce seizure frequency and intensity. Nowadays, the keto diet is a widely used as a weight loss approach based on fat-burning through a high-fat, low-carb method.

While its proponents suggest that by consuming more fats and cutting carbs, there is a lack of research proving that this type of diet is safe and effective. This year, US News & World Report ranked 39 top diets and scored the keto diet 37th place (in a tie) for being nutritionally inadequate and almost impossible to sustain long-term.

Regardless of its weight loss effects, the keto diet should be completely avoided among:

How Can Keto be Risky?

The most common short-term side effects of the ketogenic diet include:

Though the short-term effects of the keto diet are often minor and subside in a few days or weeks, the long-term adverse effects are more serious. These include:

Additionally, because of its restrictive nature which includes eliminating carbs and most fruits and vegetables, it can be taxing on bodies to produce energy with such little nutrients. The high fat intake can also lead to an increased risk of developing heart diseases.

Among individuals taking insulin or oral hypoglycemic agents due to diabetes, severe hypoglycemia can occur. Further, some studies suggest that starvation-induced ketosis may be rewarding to individuals who are prone to anorexia nervosa, further promoting eating disorders.

This restrictive diet works by cutting out processed foods and all traces of sugar, grains, legumes, alcohol and dairy for a month. Dieters then slowly reintroduce these foods back into their diet once finished as a way to understand which foods may be contributing to their physical and/or mental illnesses.

However, there is no scientific evidence of its health benefits and many return to their previous eating habits after completing the challenge.

Whole30 is not recommended for:

How Can Whole30 be Risky?

Whole30, as well as similar diets (such as Atkins, paleo), provide fewer carbs than is recommended by government guidelines and cuts out healthy foods such as dairy and legumes. This may cause a cycle of guilt around food as individuals may begin to see once “good” options as bad ones following the end of the diet.

For those using insulin or other diabetes drugs medication, this diet can cause hypoglycemia. Further, a high-protein diet can speed up the progression of diabetic renal disease. The diet also eliminates fiber-rich foods which are known to improve inflammation markers and help stave off all kinds of diseases.

Those following Whole30 may be at an increased risk of compromised vitamin and mineral intake, as well as potential liver, cardiac, bone, renal, and liver abnormalities. Finally, over time, following this type of high-protein, low-carb diet may increase the risk of heart disease as well as osteoporosis from lack of calcium.

Juice cleanses involve drinking only pressed fruit or vegetable juices typically for one to seven days as a way to detox the body from harmful toxins. They are often used as quick fixes for weight loss issues and while individuals can drop pounds following a cleanse, it rarely stays off long-term.

Juice cleanses are not recommended for:

How Can Juice Cleanses be Risky?

In general, a liquid-only diet can be harmful to your physical and mental health as they eliminate many of the healthy nutrients our bodies need to survive and promote an unhealthy attitude toward solid foods. One study found a connection between juice cleanses and both purging disorder and orthorexia nervosa, showing its physiologically harmful effects on those struggling with eating disorders.

As a colon-cleansing method, juice cleanses may include laxatives which can cause severe diarrhea leading to electrolyte imbalances and dehydration. Because some of these juices are high in oxalate, individuals are at an increased risk for kidney problems after consuming large quantities of high-oxalate juices.

Plus, since many of these juices are high in simple sugars and carbohydrates, individuals with diabetes mellitus are at an increased risk for hyper- and hypoglycemia.

How to Spot a Fad Diet

Fad diets tend to have some or all of the following features:

If you come across any of the above when researching the diet, it may be a sign to avoid it. If you do choose to participate in one, make sure you follow the guidelines closely and quit if you begin to feel any negative side effects.

Overall, most fad diets can offer quick weight loss, but the long-term effects can be more damaging than advantageous. Additionally, they create a yo-yo effect on your body, meaning you lose weight only to gain it back once the diet ends—sometimes two-fold.

When done correctly, fad diets can be beneficial for those struggling with obesity or health issues due to weight. However, for most, fad diets are a temporary solution for a lifelong issue.

The best way to lose weight and keep it off is to follow a balanced diet with portion-controlled meals and regular physical activity.

What is a fad diet?

Fad diets are trendy weight-loss plans that promise quick, substantial results, often due to some form of restricted eating. Some of the most common fad diets include:

Is keto a fad diet?

Yes, the ketogenic (keto) diet is considered a fad, or trendy, diet plan. The keto diet relies on a low carbohydrate diet, high fat diet with moderate protein consumption. It was originally designed to treat people suffering from seizures but has gained popularity in recent years as a quick way to lose weight.

Generally, any diet that promises to help you shed pounds quickly won’t offer long-term health benefits. Part of this is because fad diets don’t teach individuals how to change their current eating habits so many can fall back into unhealthy lifestyles following the completing of their plan.

Further, most are nearly impossible to maintain and ultimately deprive you of the essential nutrients that come from balanced eating.

What are some signs of a fad diet?

Fad diets tend to have some or all of the following characteristics: 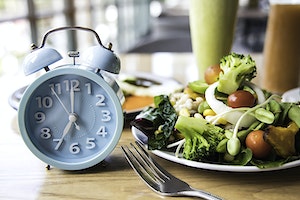 Healthy or Risky? The Side Effects of Intermittent Fasting 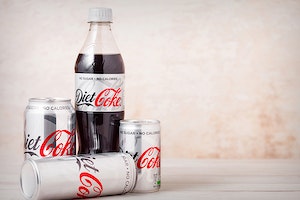 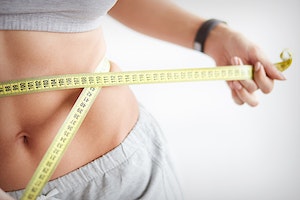 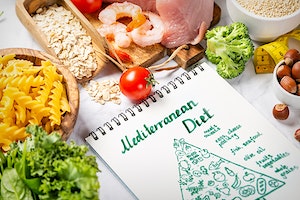 Is The Mediterranean Diet Healthy for Weight Loss? 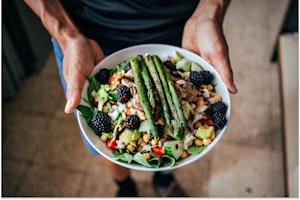 Is the Paleo Diet Healthy?