If you're on the hunt for a new pair of Yeezys keep your eyes peeled for fake versions being sold online. 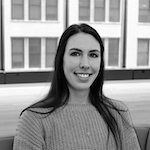 By Jessica Braun Gervais
Updated 18 May 2022

If you're a sneakerhead, you've probably heard of Yeezy footwear. The Yeezy shoe line comes from a collaboration with rapper, designer, and entrepreneur Kanye West and the sportswear company Adidas. Since launching in 2015, fake Yeezys have made their way into the market, tricking shoppers all over the world into buying these one-of-a-kind shoes.

Learn how to spot a pair of fake or replica Yeezys and avoid wasting your money.

Why this Scam Works

Before collaborating with Adidas, Kanye West released 3,000 pairs of the lifestyle sneakers with Nike in 2009. The retail price was $215, but the limited-run shoes began selling for nearly $3,000 on resale sites.

The high price increase in reselling limited-edition shoes makes Yeezys a prime target for scammers. Additionally, only a few people can purchase Yeezy shoes directly from Adidas when they're released, making fans and collectors willing to pay a higher price to resellers to own a pair.

Unfortunately, some people get caught up in the excitement of purchasing these exclusive shoes and fall victim to a fake Yeezy scam if you miss the red flags.

Spot Fake Yeezys in the Listing

If you're browsing a community marketplace such as Facebook, eBay, or Craigslist, be wary of posts with:

Many scammers won't take the time to put together a readable post. Also, look out for posts with unbeatable prices. For example, scammers will often post fake Yeezy Adidas shoes at a low price to drive up demand and make you think you're getting a great deal. If you see a pair selling for less than $200, chances are, it's a scam.

How to Tell if Yeezys Are Fake: The Product

Shoe scammers are getting better at making replica Yeezy sneakers, but some common faults in the counterfeit versions separate the fakes from the real deal. Each model of Yeezys may have specific tells for whether the sneakers are real or fake, but pay attention to the following to spot a fake:

Yeezy sneakers are a quality product with pristine stitchwork. An authentic pair of Yeezys will have a consistent stitching pattern. Counterfeit pairs may have a fake stitching pattern throughout the shoe.

Fake versions of the shoe often have messy stitching, and there's no identifiable pattern. You may also notice stitching fraying or being loose in some places.

The size tag is wrong on the majority of fake Yeezy shoes—there will be an inconsistency in the font styles used on the label on fake size tags. For example, you may notice the "2" on the size seems slightly larger than the "2" on the serial number at the bottom of the size tag.

You may also notice numbers and letters blending into each other. The size tag on an authentic pair will have equal spacing and be clear to read.

The heel tab is close to the ankle collar on a pair of authentic Yeezy shoes. Fake versions and a replica pair of shoes tend to have a larger spacing or even touch the collar. Also, look at how well the tab is sewn onto the shoe—it shouldn't be lifting or feel loose.

You should also check the toe box on the shoe. If the shape and design don't quite match what you'd expect on a genuine pair, you're likely looking at a fake product.

A real pair of Yeezys will ship in an unprinted retail box. On the side of the box, it'll have "Yeezy" and the model name. The box label should also say "Made by Adidas" with the Adidas website and logo on the bottom.

The box should open by lifting the front, not by pulling out from the side. You should find supportive sides to keep the shoes safe when you open the box, and paper should cover the shoes. The package shouldn't be too big for the shoes to move around and not have packing peanuts.

Genuine Yeezy sneakers will also have quality shoelaces. The tips should be held together tightly with no signs of fraying. You may notice on a fake pair that the ends are covered in cheap plastic and don't stay on for long.

The sock liner of an authentic Yeezy shoe should mold perfectly to fit the shoe. You won't see any gaping or spacing along the edges of the liner. The liner will also have the official Adidas Yeezy logo printed on the top along with the size code. Make sure the size code on the liner matches the size of the shoe.

7. Check for the YZY and Adidas Logo

Genuine Yeezys will have both the Adidas and YZY logo printed on the inner sides of each pair. Some counterfeiters will also print these logos onto fake ones, but some may miss this small detail.

Take note of the overall quality of the shoe—genuine Yeezys are high quality. The shoe should feel sturdy, and there shouldn't be any loose stitching. The shoe should be well sealed where the fabric and sole meet, and you shouldn't notice any gapping or breakage (you can usually tell if the shoe has fake insoles).

The colorings on both shoes should be the same, so compare the color of the soles, liners, tongue, and details (including the middle stitching).

Also, look at the inner details of the hoe—if it has an authentic insole, it will be of high quality.

How to Avoid Purchasing Fake Yeezys

When you spend a lot of money on something like Yeezy sneakers, you want to be sure you're buying an authentic pair. Since many resellers sell Yeezy shoes, it can be challenging to know what you're buying ahead of time, but there are some steps you can take to increase the likelihood of getting a real pair of Yeezys:

Shop Adidas Clothing and Apparel on Amazon
Get great deals on your favorite items!
Free shipping and returns on eligible items.
Shop Adidas on Amazon

Buy from a Trusted Seller

The best way to ensure you're purchasing genuine Yeezy sneakers (and not counterfeit or replica Yeezys) is by buying them from a trusted seller, such as Adidas or the Adidas store on Amazon.

Unfortunately, since many Yeezy models have limited releases, it can be hard to snag a pair from the official seller before they sell out.

Purchasing from resellers can be tricky, but sites that tend to sell authentic Yeezy shoes are:

These sites are similar to community marketplace, meaning anyone can sell or buy, but the company acts as a middleman to limit scamming. They often also have authenticity guarantees and buyer protection policies to protect consumers from scams.

It is possible to find legit Yeezy shoes on Craigslist and eBay, but you have to be more careful as those sites tend to have more scammers.

Do Your Research and Ask Questions

Before purchasing a pair of Yeezys, make sure you know the price of similar models. Also, don't be afraid to ask questions about the shoes or ask for detailed pictures to identify a fake. If the person is selling a real pair of Yeezys, they shouldn't be offended or unwilling to answer questions or send photos.

If the person begins to push the sale or become accusatory toward questions, it's likely a scam, and the seller wants to bully you into a purchase before you realize the shoes are fake Yeezys.

What to Do If You Buy Fake Yeezys

If you've purchased a pair of Yeezys in the past and you think they may be fake, unfortunately, there's not much you can do to rectify the situation.

If the purchase was recent and made through a site such as GOAT or StockX, contact them immediately and provide details on the situation. Since these sites work as a middleman between buyer and seller, they can penalize the seller and reimburse you.

If you purchased them through Craigslist, eBay, or a similar site, contact customer service and tell them you bought a counterfeit product. These sites will most likely not refund your money, but they can ban the seller and keep others from falling victim to the same scam.

How can I tell if my Yeezys are fake?

There are several signs to look for in fake Yeezys, including the quality of the laces, size tag, sole, and stitching. Even the shoebox can be a dead giveaway.

Where can I buy real Yeezys?

The best places to buy genuine Yeezys are from Adidas directly or from the Adidas store on Amazon.com. There are also third-party retailers that sell real Yeezys, including Fight Club and Stadium Goods.

Can I buy cheap Yeezys on Craigslist or eBay?

Although it is possible to buy a pair of genuine Yeezys on sites like Craigslist and eBay, there is a chance that you'll end up buying a pair of fakes by accident. These sites are riddled with fake products and it's always safer to buy Yeezys from trusted sites.

Real vs. Fake Yeezy Slides: 6 Ways to Tell the Difference 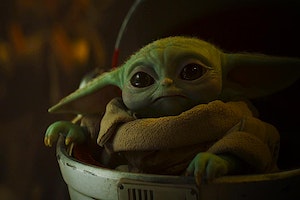 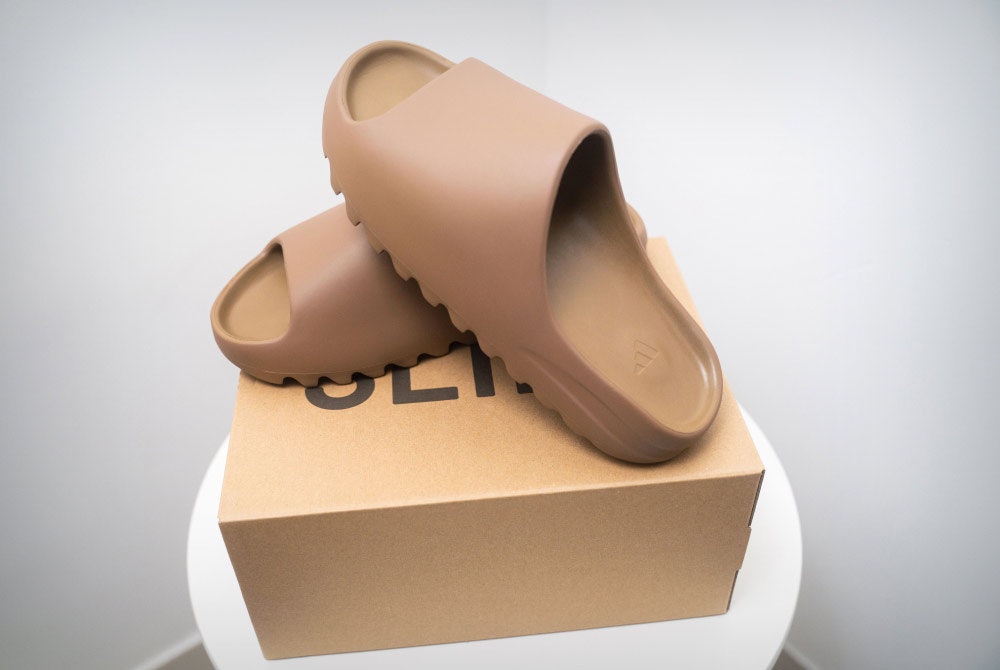 Real vs. Fake Yeezy Slides: 6 Ways to Tell the Difference

Whether you're looking for genuine Yeezy slides or want a cheaper option that looks similar, you'll want to know how to tell the difference between the real deal and a cheap knock-off. 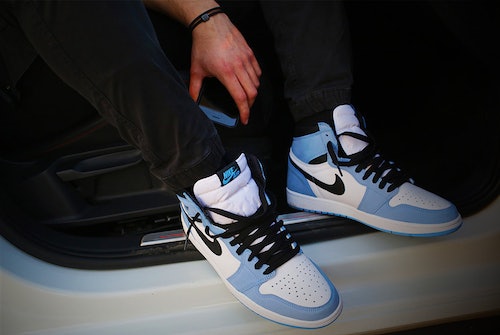 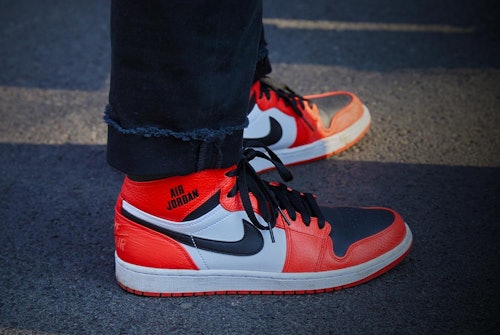 Real or Fake Apple Watch? 8 Ways to Tell the Difference
Although a lot of work has been done to remove counterfeit Apple products from shelves and online stores, fake Apple watches are still easy to come by.
Jesse Sumrak
How to Buy the Real Baby Yoda Doll & Avoid These Fakes
Cameron Craig
Real vs. Fake Apple Power Adapters: 4 Signs of a Replica
Jesse Sumrak
How to Spot a Fake Louis Vuitton Wallet
Nicolle Monico
Real vs. Fake UGGs: 7 Easy Ways to Tell the Difference
Jesse Sumrak 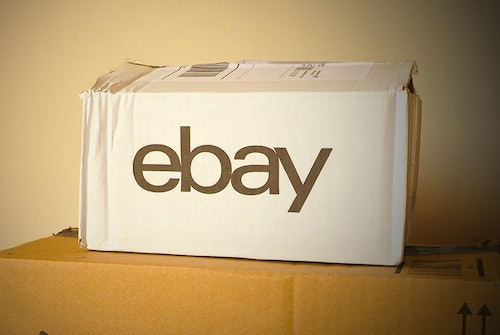