After enrolling in a fake university set up by ICE, students who lost millions of dollars are to be disappointed by the U.S. government yet again.

The United States set up a fake university to catch international students using school admissions for visas. Now, the people caught by this sting want their day in court and have found that the U.S. government wants to dismiss the lawsuit. President Biden followed President Trump's lead and requested that this class-action lawsuit over the fake University of Farmington be dismissed from Federal Claims Court.

The University of Farmington was created in Michigan by agents of Homeland Security. It was designed to attract foreign nationals who wanted to use their student status to extend their visas. This university had no professors, classes, or actual students but did have office space in Michigan.

Officials say this fake university attracted many recruiters who were paid thousands of dollars to direct students to the university. With a student visa, international students can stay in the United States and work in the U.S. for a year after they graduate, so many foreign nationals signed up. Eight recruiters were arrested in the sting operation, and hundreds of people who enrolled may face deportation due to this operation that started in 2015.

Homeland Security agents posed as university staff and worked with recruiters to capture student records used to deceive U.S. Immigration and Customs Enforcement (ICE). From 2017 to 2019, over 600 foreign nationals enrolled in Farmington University with the help of these recruiters. Many of whom collected payment from the university for enrolling the students. The recruiters were indicted on Jan. 15, 2019. The indictment stated that these students were recruited for a "pay to stay" scheme.
Following the sting, the students themselves were told to leave the United States within a week, or they would be arrested for being in the United States illegally. Most of the students chose to leave the U.S., but about 250 decided to stay and were arrested.

The Controversy and Lawsuit

While the indictment stated one thing, many of the students claimed that they were enrolling in the school to get an education and had no plan to defraud the U.S. government. Some students claim that they have lost thousands of dollars that they paid to the fake university for tuition that they never got back and filed the class-action lawsuit against the U.S. Government on Sept. 21, 2020.

Amer Zahr, a spokesman for one of the students arrested, stated regarding the sting operation:
“These are students who are trying to make their lives better; these are not criminals, these are not people who are here leeching off the system.”

Anna Nathanson, a lawyer for one of the plaintiffs, says the government is at fault and not immune to prosecution. Homeland Security and ICE put a lot of work into making the university look real, even going as far as accepting tuition payments, Nathanson said. They targeted Indian people who were here illegally, claiming they could get an education at Farmington University. Many of the students applied because of the education, not to defraud the government, she said.

Kamala Harris tweeted on Nov. 29, 2019, about the fake university scheme:

DHS created a fake university & accepted immigrants on student visas. When it was shut down, DHS tried deporting some of these students because they weren’t enrolled in school. This isn’t just cruel; it’s a waste of taxpayer dollars. Officials must be held accountable for this.

Harris is Vice President now, but her view has not affected the view of President Biden or the rest of the administration. Biden is currently supporting the dismissal of the lawsuit, following in the footsteps of President Trump. They both claim sovereign immunity, a legal doctrine that protects the federal government from lawsuits unless they consent to be sued.

The White House has been contacted by the media regarding this but is yet to get a statement. ICE cannot comment due to the pending lawsuit.

Anna Nathanson was surprised that Biden took the same stance as Trump, expecting a different response from the new administration. The government created the student visa procedure, she stated, and many of the students who signed up wanted the visa and the education. And just because they got caught up in the scheme doesn't mean they are criminals.

It is a common and legal practice for people with international visas to remain legally working and living in the United States while getting an additional degree and student visa.

The hearing for the motion to dismiss will be held later this year. Nathanson sees dire implications should the students lose their case.

"They're being crushed by that student debt," she said. "A lot of them used their families' savings to pay the Farmington tuition. It's also pretty devastating emotionally and mentally to be tricked like this. And for some people, they were also physically deported, put through jail, put through detention."

"Everyone I've spoken to is, unfortunately, having really severe mental health consequences still. People are really depressed. People tell me this made them suicidal. It's really, really bad."

The lawyers for the defendants claim that the government acted in a non-private law enforcement capacity, and therefore the case falls under sovereign immunity.

Nathanson stated, "The Biden-Harris administration has the power here to make this right. They can settle this lawsuit and give the tuition money back to the students who are caught up in this and give these students a chance to study in the United States, which is all they ever wanted to do."

"And they can ban ICE's use of fake universities and make sure something cruel like this never happens again. I hope they prove me wrong and do the right thing here."

We will see if Nathanson gets her wish in the upcoming hearing. 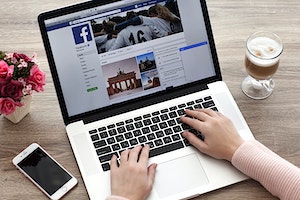 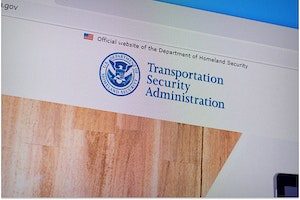 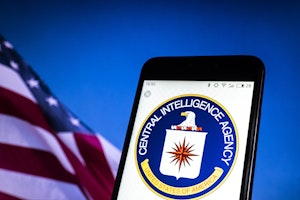 CIA Impersonators: How to Protect Yourself From CIA Imposters 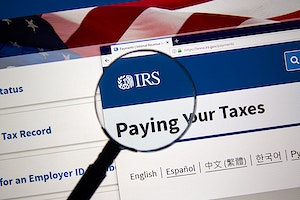 Dangers of Fake IRS Emails & Calls & How to Protect Yourself 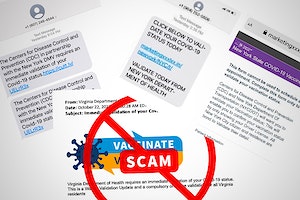 Received a Text/Email Asking You to Validate Your COVID-19 Status? It's a Scam