Government authorities warn of a new scam targeting licensed professionals that has left others penniless.

Across the nation, attorney generals and licensing boards are reporting a new scam targeting individuals with a professional license, otherwise known as a "licensing scam."

In April this year, a physical therapist from Michigan lost her life savings after scammers, posing as Department of Licensing and Regulatory Affairs (LARA) investigators, convinced her she was at risk of a license suspension or even jail time if she didn't cooperate.

The scammers used scare tactics, telling the therapist her therapist's license was involved in a drug trafficking and money laundering case involving 15 bank accounts and $2.4 million. The elaborate scam lasted nearly a week with multiple phone calls to the therapist. According to the Michigan Department of Attorney General, she even received a fraudulent letter on Michigan Department of Licensing and Regulatory Affairs letterhead.

These tactics worked, resulting in the therapist foregoing a lawyer or outside help in fear that it would land her in jail. Instead, as requested, she wired bail money for her bond directly to the scammers, convinced the situation was legitimate. By the time her husband found out about the wire transfer and confirmed the scam with the police, the fraud was complete, and there was no way for them to get their money back.

The Michigan Department of Licensing and Regulatory Affairs (LARA) will never use fear tactics or demand that you pay them immediately. If you're ever contacted by someone claiming to be from LARA and demanding payment, hang up and call their official number: 517-335-9700.

According to a release published on April 26th, Michigan Attorney General Dana Nessel said, "This kind of scheme shows the depth and breadth bad actors will go to while robbing well-intentioned people who are fearful of the results should they not comply."

This new licensing scam is quite diverse, affecting people across the nation beyond just the physical therapy realm. Similar scams have been reported among veterinary state boards in Hawaii and Maine, reentrance business licenses as warned by the Federal Trade Commission (FTC), and other healthcare professions in states including North Carolina.

Although licensing scams aren't new, this particular one can be more damaging than more common phishing scams we've seen in the past, where scammers try to steal your information. This new licensing scam goes after your money directly, and a lot of money at that.

How Can You Avoid Licensing Scams?

If you're confident your license has no connection to any suspicious activity, then you should always be skeptical of suspicious callers making outrageous claims.

Director of the Department of Licensing and Regulatory Affairs Orlene Hawks says, "Licensees should be cautious of unsolicited requests for any of their personal information." She suggests, if you hold a professional license and receive such a call, then you should hang up immediately and manually dial the department making the claims.

Hawks also said that no one in her office would ever reach out and threaten to suspend your license.

As a general rule, you should never directly transfer money to strangers on the phone. These departments generally never use fear tactics to convince you to wire funds immediately. They also don't pressure you or refuse you adequate time to consult with others about the issue. Scammers are the ones who want to move things along quickly and scare you into making a rash decision. Remember that real FBI agents and government officials won't prevent you from contacting a lawyer or make threats over the phone.

Reporting a scam, no matter how big or small, may save you or someone else from losing their life savings. Contact your local attorney general if you are receiving scam phone calls, emails, or letters, and then report it to the Federal Trade Commission (FTC). If you lost a significant amount of money, you should also file a police report with your local police department to improve your chances of getting your money back. 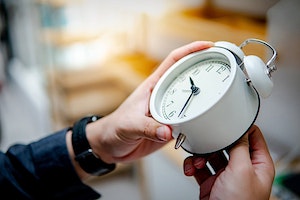 Permanent Daylight Savings Time: What Does It Mean For Us? 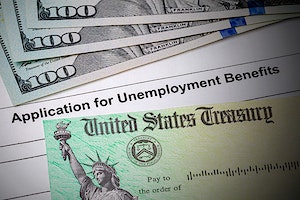 Unemployment Fraud: How It Works & How to Stay Safe