Scams to Watch Out For On: Craigslist 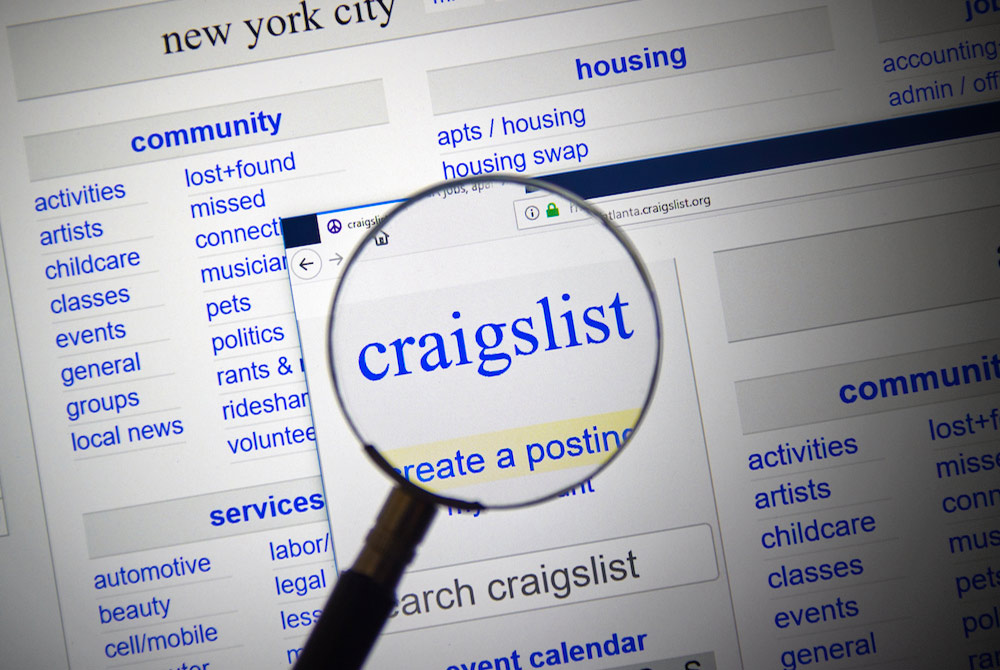 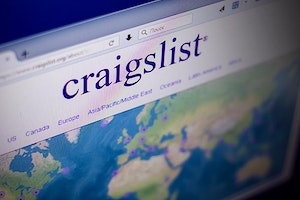 How to Report Craigslist Scams and Protect Your Money 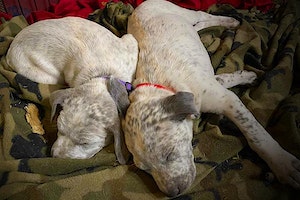 How to Beat Craigslist Puppy Scams & Protect Your Money 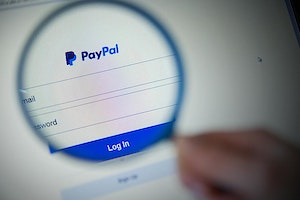 Craigslist PayPal Scam: Signs of This Scam To Watch Out For

The website truly is the internet’s answer to the old-school want ads that would list everything from old furniture to new puppies and anything else in between. And despite developing some stiff competition over the years—from the likes of eBay, Facebook Marketplace, and OfferUp, among others—Craigslist still mostly reigns supreme when it comes to internet yard sales.

That’s possibly because the site got such a healthy jump on the general digitization of things. Started all the way back in 1996, Craigslist was an internet outgrowth of an email newsletter for yard sale events in the San Francisco Bay area. And, yes, the company was founded by someone named Craig: Craig Newmark, who started the site only a year or so after moving to San Francisco.

Nowadays, there’s a specific Craigslist server for every state in America, allowing users to search for items and opportunities from a list of major metropolitan areas within the state.

Once you’re on a city’s homepage, the site further breaks down into categories for popular searches, including rental opportunities; things for sale, including big-ticket items like cars; available services, such as help with moving or computer repair; job offers across the spectrum of skills; and even a miscellaneous “discussion forum” section, which is known to house some entertaining reads.

All told, Craigslist is one of the most widely trafficked websites in the world, regularly ranking in the top-20 most visited sites in the U.S. and sitting somewhere just south of the top 100 most sought-after sites across the globe.

But its widespread use—and open format for buying and selling—has made the site just as popular with would-be scammers as anyone else.

Types of Craigslist Scams To Watch Out For

Some of the most widespread types of scams on Craigslist include:

Arguably the most prevalent scam on the site, Craigslist rental scams involve someone offering the opportunity to rent out a home or apartment—with no intention of ever actually making that happen.

What they’re after instead, almost always, is a security deposit from you, plus any extra charges they might be able to get away with extracting, including fake fees for rental applications or any other months of rent you may be willing or able to pay up-front.

The lion’s share of Craigslist scams happen on the site’s open-format buying and selling pages, but the jobs section isn’t without its own versions of Craigslist fraud.

Job offer scams can come in several different forms: They could look like legitimate opportunities to be a “self-starter,” but actually be invitations to join a pyramid scheme; they could come from companies that require—and eventually steal—your sensitive financial information; or they could come in the form of people who will happily use your labor, then disappear faster than you can say “payday.”

Craigslist serves as a platform to connect buyers and sellers, with no built-in payment system offered by the site. And many scammers try to take advantage of this arrangement.

Payment scams are a widespread form of Craigslist fraud and can constitute both buyers trying to get something for free and “sellers” trying to steal your money. These scams almost always involve requests to use some unusual form of payment, including money wiring services like MoneyGram and Western Union, gift cards, cashier’s checks, or escrow accounts.

No matter which area of the site you’re frequenting, there’s one thing you should always keep in mind: There is no such thing as a “Craigslist guarantee.”

Scammers across all sections of the site may claim that you can trust them because, if for no other reason, your transaction will be covered under the Craigslist guarantee. This is always a red flag that a scam is afoot.

This age-old scam involves someone offering to pay with a cashier’s check.

The Craigslist cashier’s check scam often works because the premise seems above board, but almost always, the check will turn out to be fake. In some cases, the scammer will try to double down on the fraud by “accidentally” making the check out for too much, then asking you to pay them the difference.

For this reason, it’s best not to accept payment in the form of a check—personal, cashier’s, or otherwise.

Selling Something Still Being Financed

Another popular type of Craigslist scam is especially prevalent with big-ticket items like cars and cell phones.

Either type of item is typically financed when originally purchased, paid for through several installments. But when the original buyer is sick of making payments, they’ll put their item up for offer online without informing any would-be buyers about the attached debt.

Unfortunately, many buyers find this out the hard way, when, in the case of expensive items like cars, a repo company gets involved, or, in the case of cell phones, service is eventually cut off from the device due to “lack of payments.”

This represents perhaps the most highly-evolved type of Craigslist payment scam.

Traditionally, escrow accounts are used when making big purchases—like a car—as the companies act as neutral third-party to handle all money manners safely and fairly. But, smelling potential for big profits, many online scammers have partnered up to create fake escrow companies that will take all your money, leaving you will little room for recourse.

In fact, nearly all online escrow companies are fake. If you’re tempted to go down this avenue, make sure to research any company you’d be working through first thoroughly.

Still, even in the worst-case scenarios, there’s always room for at least some recourse. You can flag scam Craigslist posts and report fraudulent activity, but the best defense is to be aware and careful when using the site.

If you think you’ve been scammed on Craigslist, the first thing you should do is flag the post. This can be accomplished by clicking the flag icon at the top of the page with the post on it.

It won’t get your money or your item back, but it will alert the Craigslist team that there’s been a problem reported. This could lead to getting the ad removed and the person’s account suspended, which protects others from falling for the same scam.

Report the Scam to Craigslist

Report the Scam to Police

Depending on the situation, you can also choose to get the police involved. They’ll most likely want information like any conversations you may have had with the scammer and any identifying information you may have on them, so be prepared to gather these types of facts when preparing to file your police report.

Try to Get Your Money Back

Finally, you may be able to get some or all of your money back, depending on the particular service you used to exchange funds. (Venmo, for example, has a brief window of time where users may be able to put a stop to a payment successfully.) To pursue this avenue, you’ll have to contact the payment company directly.

Regardless, the best offense, when it comes to avoiding Craigslist scams, is a good defense. Stay wary of any interaction you make on the site, and remember, if it seems too good to be true, it almost always is. 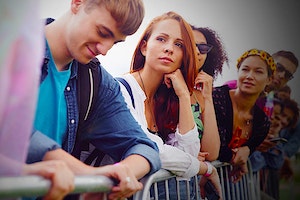 How to Avoid Fake Tickets to Events, Flights, and More

Buying tickets via sites like Craigslist and Facebook may be the cheaper option, but you also risk buying a fake ticket that won't get you anywhere. 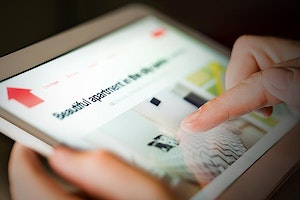 Cash App Rental Scam: The Big Red Flags to Look Out For

Scammers are taking advantage of renters desperate and in a rush to find a new home, stealing thousands from innocent people. 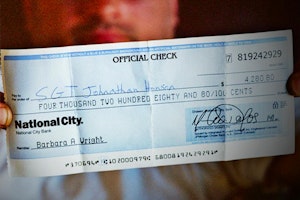 Fake Cashier's Check Scams: How to Spot and Beat Them 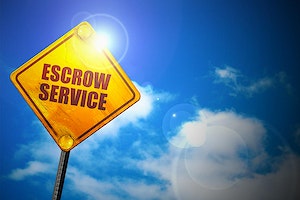 Escrow services are supposed to keep your money safe, but in this Craigslist scam, these escrow sites will do more damage than good. 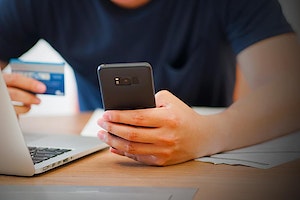 Keep your money safe by only paying for your new pet once you have the pet in your possession and avoid using Cash App. 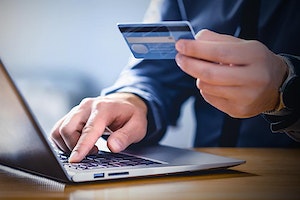 Getting more money than you've asked for may seem great, but it could actually be part of a scam to steal your money.

How to Beat Craigslist Puppy Scams & Protect Your Money

Online puppy scams increased by 500% in 2020, with Craigslist being a common site for scammers to use. 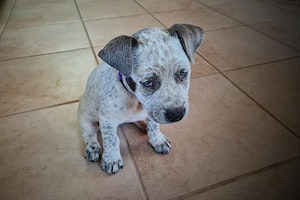 Online Puppy Scams: Beware When Buying From Craigslist or Facebook

Stay cautious when buying pets from private sellers online—many listings could be fake with scammers attempting to steal your money. 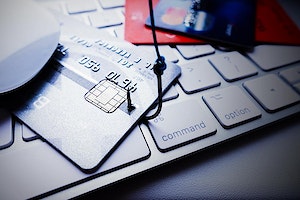 Red Flags of Craigslist Fake Escrow Sites To Watch Out For

If a Craigslist buyer or seller insists on using their recommended escrow site to complete the transaction, beware. They could be trying to steal your information.

How to Report Craigslist Scams and Protect Your Money

Craigslist scams are more common than we'd like, but there are steps to take to help keep yourself (and others) safe. 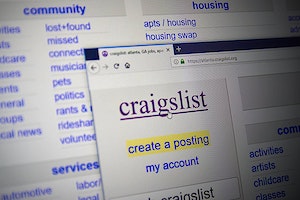 Beat Craigslist Scams and Stay Safe When Buying or Selling

Avoiding Craigslist scams is sometimes as easy as not clicking on any links or only accepting cash payments, however, scammers are finding new ways to trick and defraud you. 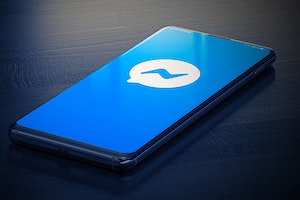 The Most Common Facebook Messenger Scams To Watch Out For

With every Facebook Messenger scam, the attacker is trying to steal from you—whether they’re after money, login credentials, or other personal information. 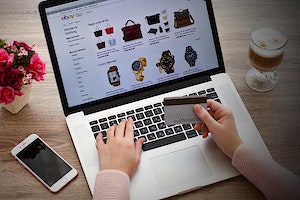 Whether it's a counterfeit product, a sketchy seller, or a price too good to be true, eBay scams are widespread, so it's important to know how to protect yourself. 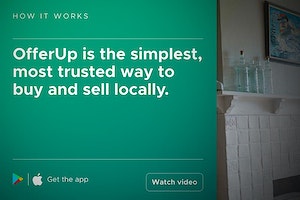 Beat OfferUp Scams and Stay Safe When Buying or Selling

One of the fastest-growing retail channels, OfferUp is a prime target for scammers, taking advantage of private sellers and buyers. 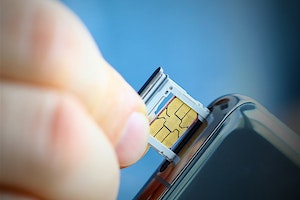 This case shows just why you need to be aware of SIM swapping and how to protect your cell phone number from criminals like this.

After a 3-year long scam, Angela Mirabella and six others have been indicted on several charges, including grand theft. 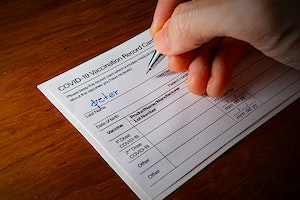 Taking a chance on a fake COVID-19 vaccination card seems like an easy way to get around requirements, but think again before you land yourself in prison. 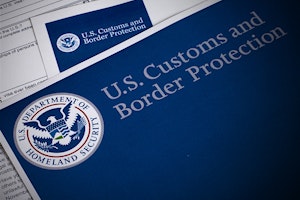 Nike Teams Up with U.S. Customs to Stop Counterfeiters

Nike is taking a stand against counterfeiters and stopping fake products before they hit U.S. soil.