Pyramid schemes are illegal business models that rely on recruitment of more members versus the sale of products.

A pyramid scheme is an illegal business model that relies heavily on recruiting new members as its primary goal rather than selling an actual product or service. Although pyramid schemes can excel at hiding their true intentions, some clear indicators can help you distinguish a legitimate multi-level marketing (MLM) business from a pyramid scheme.

However, the newest members are unable to recruit more people and move up the pyramid. As such, there's no way for these types of businesses to stay afloat. That's why legitimate businesses need to focus more on selling a product rather than simply recruiting members to increase their income until the pyramid structure collapses on itself.

Some companies leverage specific components of the pyramid scheme model and offer a legitimate product for consumers. These multi-level marketing companies operate with a focus on sales first and recruiting new sellers second. Some of these companies may encourage recruitment.

For instance, they'll incentivize you to recruit new members by offering a commission for all sales completed by the people you recruit. This is a smart tactic as the company focuses on selling a product rather than pushing commissions for recruits. If a company's number one priority isn't their product, then their product isn't a hot commodity or worth selling.

The Federal Trade Commission (FTC) warns against joining multi-level marketing businesses if you want to make a substantial income as it is rare to sell that much product for most people.

Some companies that have been accused of being pyramid schemes, but are legally multi-level marketing companies, include:

What is a Pyramid Scheme? Signs to Look Out For

A red flag for potential pyramid schemes is urgent demands. For instance, a company might demand you buy their product in advance. If you don't, they refuse any rewards like bonuses. An illegitimate business will use manipulative negotiation tactics or high-pressure sales tricks to convince you to buy before you've had sufficient time to research the product or company. This happens because their product is fake, unusable, or available at a better price from another company.

You always want to ask yourself whether you'd buy, endorse, or use this product if you hadn't received an incentive or promises of great wealth. Unfortunately, pyramid schemes are built so people at the top remain wealthy while people at the bottom struggle to sell their inventory or recruit new members.

It's likely a pyramid scheme when a company focuses solely on the life-changing benefits and wealth-earning opportunities of becoming a distributor, member, or recruiter. Legitimate multi-level marketing companies are aware their members might not be able to make hundreds of thousands of dollars just by selling a product like makeup or protein shakes.

For some, the signs of a pyramid scheme are apparent. Yet, it's easy for others to get swept away by the promise of great wealth and fortune. Some people may even join pyramid schemes knowing they'll have to scam others to get ahead. But, on the contrary, people may unknowingly believe they're entering a legitimate investment opportunity or business. 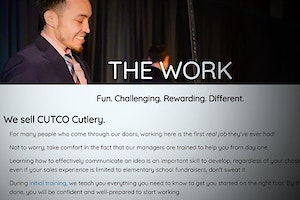 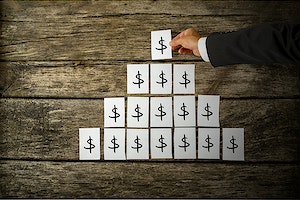 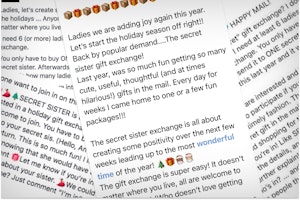 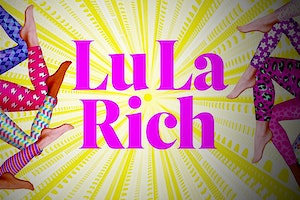 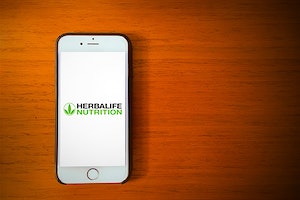