Real vs. Fake Levi's Jeans: 9 Ways to Tell the Difference

Although it may be difficult to spot fake Levi's at first, there are several things to look for that will clue you in before you buy.

Levi’s jeans are sought by collectors and those who value authentic, vintage jeans due to their iconic style and quality. To capitalize on their popularity, scammers make jeans that look a lot like Levi’s. They then sell them to unsuspecting people or retailers at an inflated price. If you know what to look out for, you can avoid buying fake Levi's and only purchase authentic jeans made by a legitimate manufacturer. Fake Levi's Jeans may not have the following:

What Are Fake Levi’s?

Fake Levi’s are jeans that have been manufactured by someone other than Levi Strauss & Co. but are made to look like authentic Levi’s jeans. In an attempt to fool buyers, the scammer typically takes some or all of the following steps.

Once the fake jeans have been stitched, the scammer may source buttons, tags, labels, or other details to make the jeans appear authentic. Accessories may include those attached to the jeans themselves or as part of the packaging and presentation labeling. For example, the jeans may have a sales tag with an authentic-looking tag complete with a “Levi’s” label.

Attaches Authentic Elements from Real Levis Jeans to Fake Ones

The scammer may sometimes take jeans without a tag, waistband label, or specific button design and attach authentic Levi’s accessories and branding. For example, the scammer may use labels, tags, or buttons taken off an old pair of damaged or worn Levi’s they got from a thrift or second-hand store.

Where are Fake Levi’s Being Sold?

Fake Levi’s can be sold on online marketplaces like eBay and Craigslist, by sellers online, or in second-hand stores and markets.

It’s also possible for a regular retail store to sell fake Levi’s, most likely without knowing their product is inauthentic. This may happen if someone were to buy real Levi’s, keep the item, create a similar-looking fake, and return it for a refund. The next buyer may end up with fake Levi’s because the store didn’t carefully inspect the returned merchandise.

You may also find fake Levi’s in thrift stores and retail stores in other countries where counterfeit products are common.

If you know what to look for, you can avoid fake Levi’s jeans scams. Here are some red flags to keep an eye out for and what to do to beat these kinds of scams.

The Tab Is Missing From the Back Right Pocket

If there’s no tab on the back right pocket, the jeans are not real Levi’s. In most cases, the tag will be red, but it’s sometimes yellow, green, or white.

The “e” in “Levi’s” Is Uppercase on Fake Levi's

If the Levi’s you’re interested in were made after 1971 and the letter “e” is capitalized, they are fake. The word “Levi’s” with a capital “E” was only included on the tag until 1971, and after that, the “e” was lower case.

However, if the jeans are from 1971 and earlier, and none of the other red flags are present, they may be legitimate Levi’s.

There Is Only the Registered Trademark “R” on the Tag

Only about 1% of real Levi’s are missing the word “Levi’s” but still have the “R” indicating a registered trademark. This is because the machine that stitches the label needs to have its ribbon changed now and then, allowing only the “R” to be stitched on the tag. If you see a tag with just the “R,” you will want to keep a close eye out for the other red flags because there is a high chance they are fake.

The Stitching Around the Tab is Messy or Inconsistent

If the stitching around the tab is either sloppy or looks like someone has tampered with it, the jeans are most likely fake. This is because many scammers take a tag off authentic Levi’s and stitch them onto fake jeans.

The leather patch on the back of the jeans where the belt goes is designed to maintain its color and quality for many years. A genuine leather patch won’t fade or wither. If it does, the jeans may be fake.

If you’re buying your Levi’s new, you won’t be able to tell if they’re fake by looking at the leather patch until you’ve worn and washed them several times, but if you’re buying a second-hand pair, this is definitely something to keep an eye out for.

The Number on the Back of the Button Is Wrong

All Levi’s jeans have the same sets of numbers stamped into the backs of their authentic copper buttons, regardless of when they were made. Fake Levi’s jeans will often either have a fake number or no number at all.

Rivets Without the Levi’s Brand

A pair of Genuine Levi’s also includes rivets stamped with the brand’s logo, “L.S. & CO. S.F.” The letters stand for Levi Strauss & Co., San Francisco. Scammers often won’t go through the trouble of manufacturing or sourcing real-looking Levi’s rivets, so they may be fake if you see rivets without the “L.S. & CO. S.F.” logo.

The Arcuate Stitching on the Pockets

Levi’s refers to the stitch pattern on their back pockets as “Arcuate.” It consists of two arches that meet in the center. As they cross, their intersection forms a diamond. If the Arcuate is missing or lacking the diamond shape where the two arches meet, the jeans may be fake.

The Quality of the Jeans Is Poor

The denim and stitch quality of Levi’s was initially designed to be strong and durable to suit the harsh work environments of cowboys, prospectors, and other workers back in the 1930s. If the jeans you’re looking at are flimsy or show excessive wear for their age, they may be fake. The scammer may have used inferior denim or stitching techniques while making them.

How To Spot Fake Levi’s in the Online Listing

While it can be hard to tell if a Levi’s product listing online is fake, there are a few signs that should make you at least think twice before going ahead with the purchase.

Look Closely for the Fine Print

Scammers may put a disclaimer in an inconspicuous place or in very small print saying the actual item may differ from what’s in the picture. They may use this tactic to claim they included a factual disclosure of the nature of the item if the online marketplace tries to rule against them in a dispute.

The Jeans Are Priced Far Below Market Value

Real Levi’s jeans typically go for a good deal of money, especially if they’re rare. If the jeans are marked far below what you would expect to pay, they may be fake.

If you look down at the comments or questions and people report that the seller has sold a faked version of Levi’s jeans or another product, you should steer clear. They may likely be trying to pull the same scam again.

The Seller Refuses to Show Up-Close Details of the Jeans

If you ask the seller to show you images of the rivets, buttons, stitching, right back pocket tab, or other elements you can use to distinguish real from fake and they refuse, you should try to find another seller.

The Seller Has a Bad Rating

Sellers with poor ratings may have earned them by selling fake merchandise. If you notice this, you should find another pair of jeans to buy from someone with a higher rating.

Not All Reviews Are Real

What to Do If You Receive Fake Levi’s Jeans

If you receive fake Levi’s, you should immediately ask for a refund or bring them back to where you got them. Document the evidence indicating that they’re fake. This may make it easier to get a refund or for authorities to catch the scammer or similar criminals in the future.

If you purchased the jeans online through a marketplace like eBay or Amazon, you could report the item as being not like it was advertised, and you may be issued a refund. It’s essential to keep records of any communication made between you and the seller, as well as screenshots of the listing, if possible.

Report Counterfeit Items to the Authorities

You should also report it to your local police—they may be able to use your information to catch the scammer or prevent others from getting scammed. If you purchased a pair of Levi’s online through a seller, you should also report the matter to that seller using their complaint system.

Where Can You Buy Real Levi’s?

The best way to buy real Levi’s is to go to an authorized Levi’s seller or Levi’s official site. Because it can be difficult and time-consuming to get a refund if you buy fake Levi’s online, it’s always best to get them in person, when possible.

You can also buy real Levi’s from a second-hand store, such as a consignment store or a thrift shop. If you or a friend have a real pair of Levi's, why not take them with you so you have a good reference point to check the authenticity. If you are not 100% sure, or you don't have the opportunity to check them properly, you should check the store's return policy just in case they turn out to be fake.

How Much Do Real Levis Cost?

If you are shopping for new Levi's the price can be a sign if the product is real. Below is a list of prices from major retail outlets and most of them are in the $50 to $60 mark before tax and shipping. If you find new Levis advertised on an online marketplace like eBay or Amazon for significantly cheaper you should be wary. 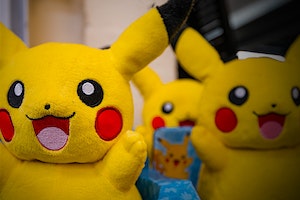 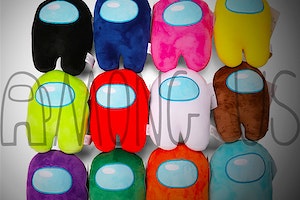 Among Us Plush Toys: 5 Easy Ways To Spoke a Fake

Nike Teams Up with U.S. Customs to Stop Counterfeiters 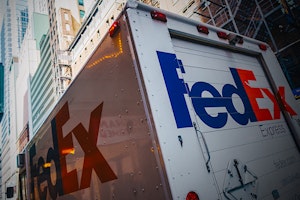